Rellik talks with artist Johnny Bandura, who  has created a powerful mural to honour the 215 children and graves found in Kamloops, BC by creating a mural which is a visual representation of what each and every one of those children could have become. The Mural will be on display to the Public on Sunday September 19th .

The Mural is available for a special viewing to Elders, Residential School Survivors as well as people with restricted mobility on Saturday, September 18th at 7PM .

Johnny Bandura is Coast Salish and originally from Hay River, N.W.T. He now lives in Edmonton, but he grew up in Kamloops. His grandmother attended the Kamloops Indian Residential School in the 1930s and his father still lives across the street from the site where the discovery was made.

Though it's still not clear exactly how many graves are on the site,  Bandura is now completing a 215-portrait project – one painting to represent each of the children potentially buried there.

The first in Bandura's series was a painting of a medicine woman — "a portrait of what could have been one of these children," he said.

He has so far completed just over 200 of the paintings, each with a unique personality and costume. Some are dressed as nurses or hockey players; others in a judge's gown or adorned in traditional regalia.

"I just wanted to make sure that every aspect of society was taken into [account] with these children," Bandura said.

"What could these children have achieved in life or what direction could their lives have taken?" 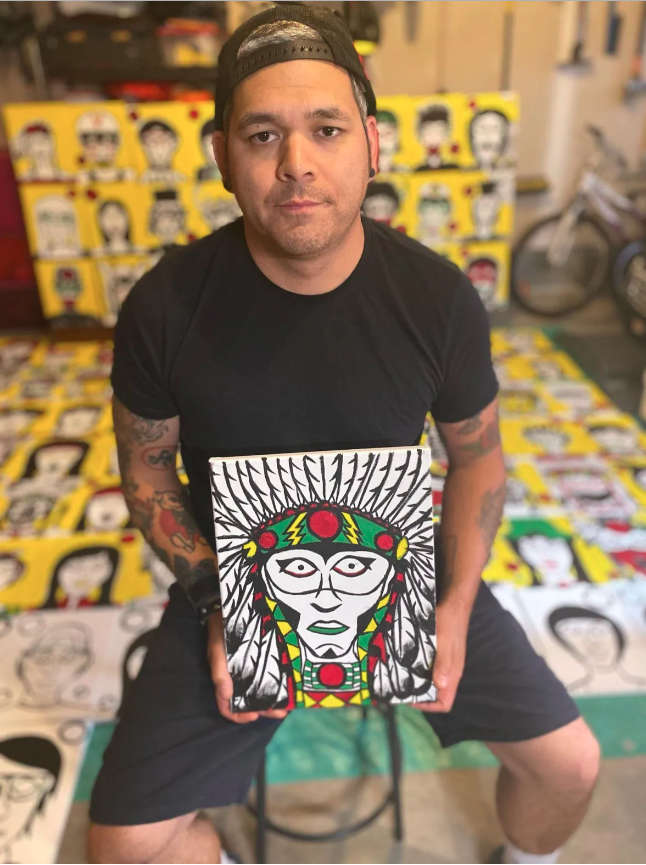 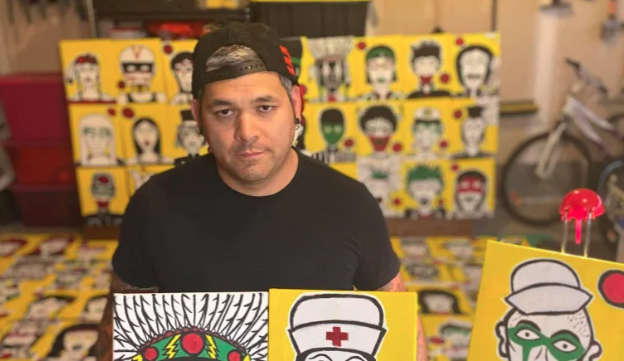