Treaty resource kits to be utilized in Alberta band schools 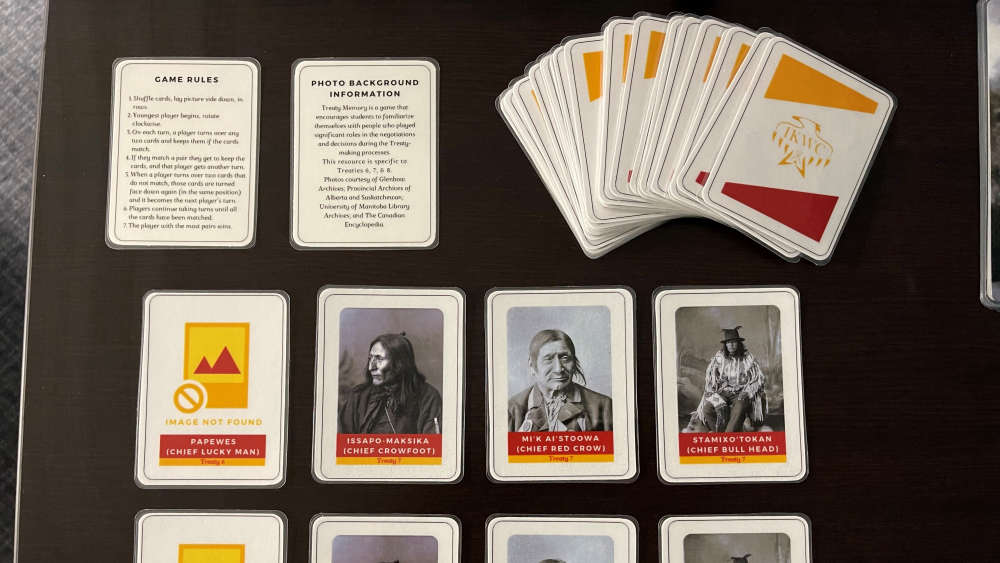 Some of the items that can be found in the IKWC Treaty Kits, include puzzles, games, novels, short stories. Photo courtesy: IKWC website

New treaty resource information kits are being made available to teachers at all Alberta band-operated schools.

Director James Knibb-Lamouche of the Indigenous Knowledge and Wisdom Centre said the organization was finding it difficult to find Alberta-focused Treaty 6, 7 and 8 resources that taught the true history of treaties, so generations of students were taught that First Nation peoples ceded the land when treaties were made.

That’s just not correct, he said. And this misinformation is found throughout Canadian textbooks, in online web resources, and then it’s embedded in lesson plans.

It’s a false belief that Canada was built on the defeat and consent of Indigenous people, he said.

“What IKWC wanted to introduce in culturally responsive material that would enrich treaty education in the classroom and make space for the voices of our Elders, our academics, our historians, and our authors, to correct some of the misconceptions that are out there and lay the groundwork for a more nuanced and accurate and authentic understanding of the historical context of the treaty. And also that the treaties are living, breathing documents that have impact and are very much important to First Nations and the settlers of Canada to this day.”

The contents of the kits were inspired by oral treaty history accounts found in the Treaty and Aboriginal Rights Research Reports that were conducted in the 1970s and 1980s. In the audio above, Knibb-Lamouche tells us what’s in the kits.

Knibb-Lamouche says the centre operates a virtual library which is an online resource for First Nations students, educators and parents. Virtual topics are wide-ranging, from language exercises to traditional stories.

Knibb-Lamouche says the treaty kits will start going out this week by mail or courier. He says, if there is interest from educators, schools or other school boards, the centre encourages people to contact Alberta Education to let them know that these are resources they would like to acquire.

For more information, check out their website at ikwc.org or the virtual library at ikwcvl.org or their Facebook page. 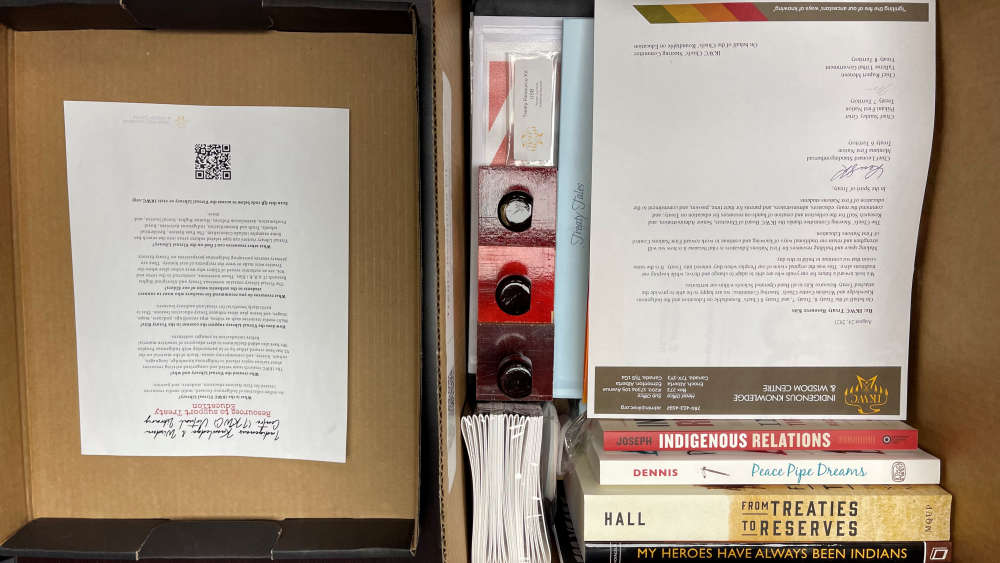 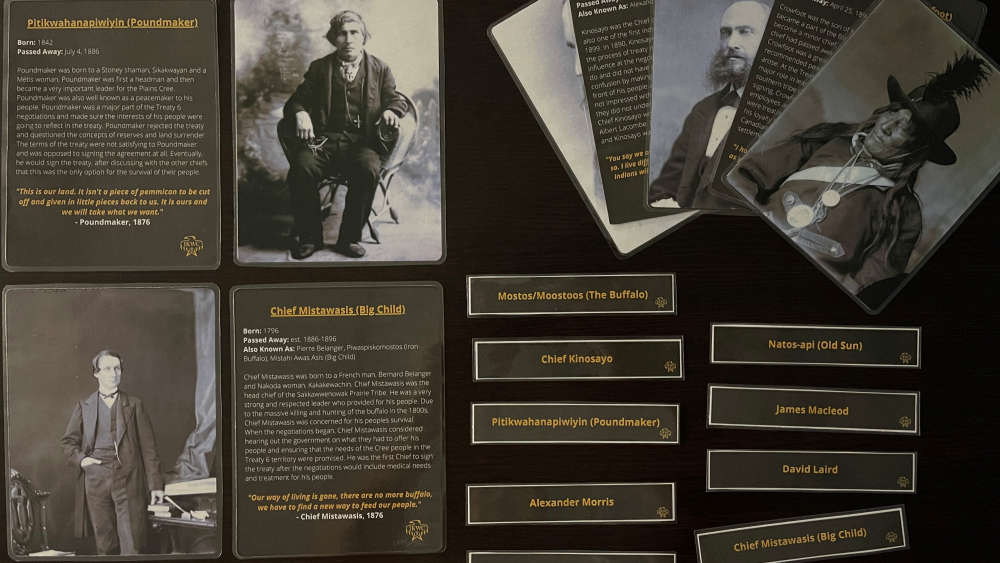 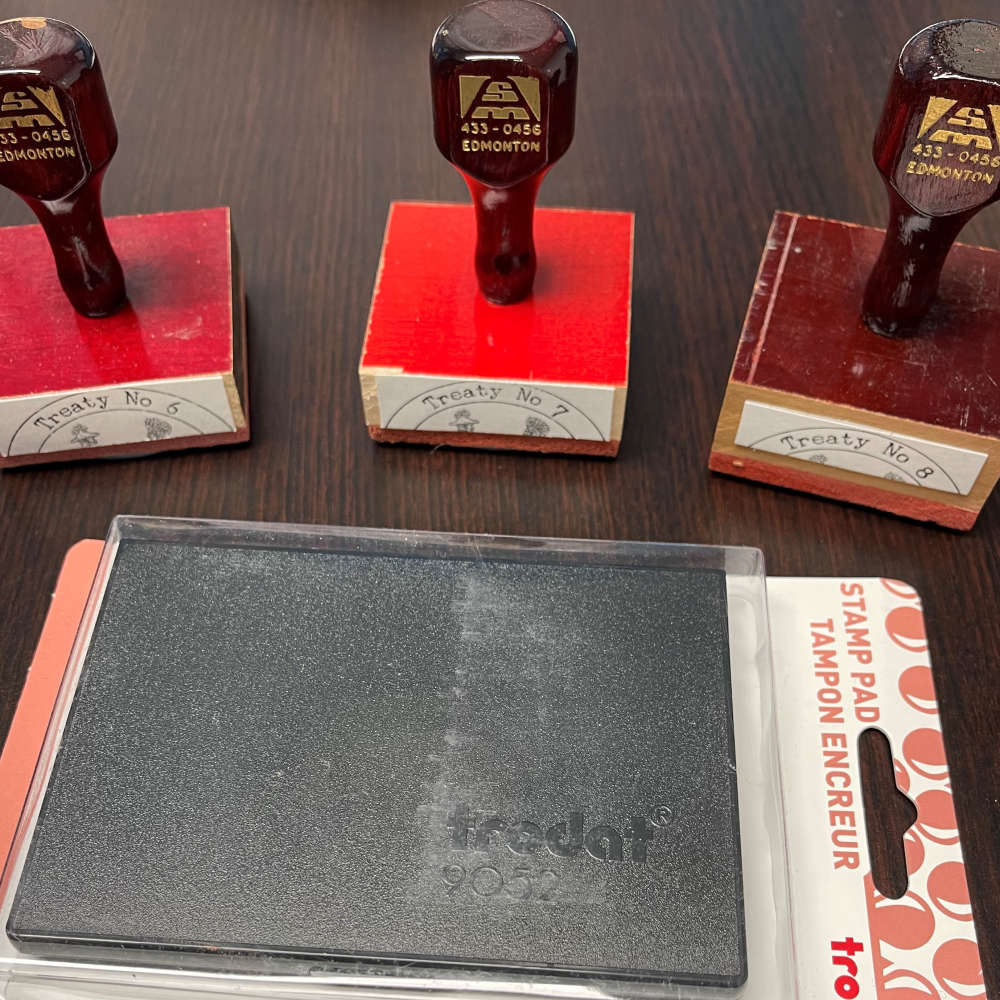 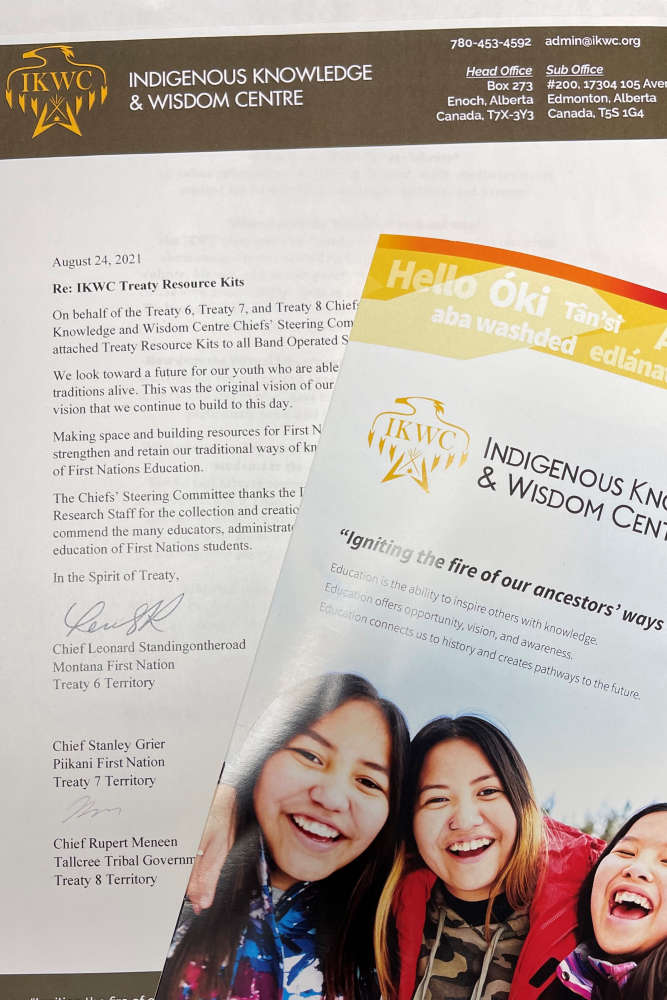 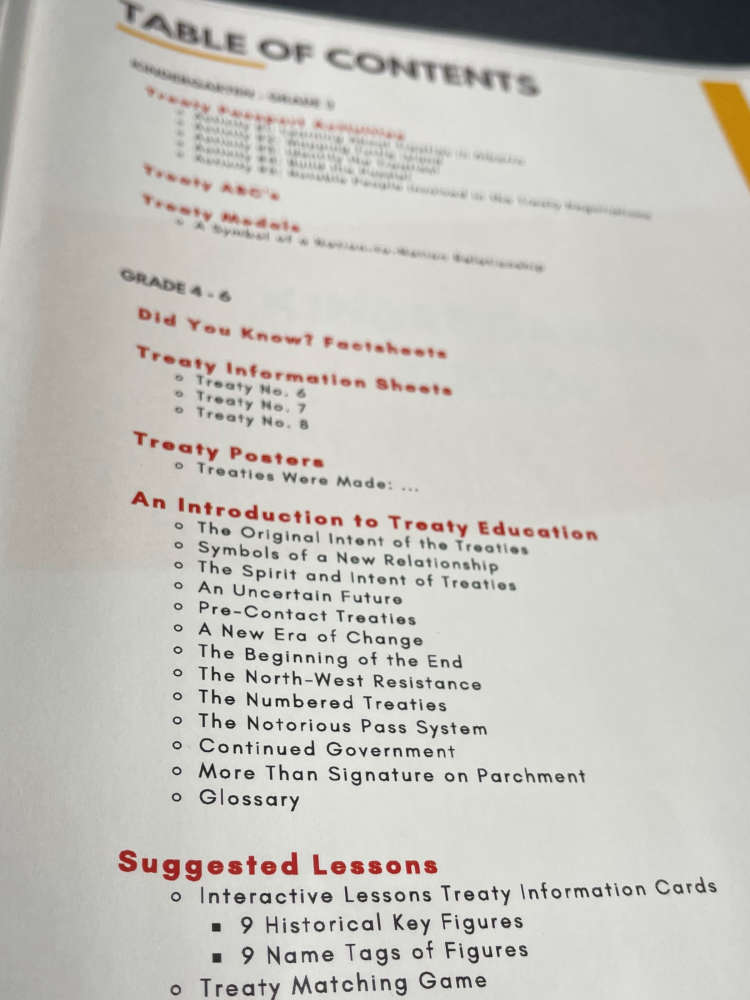