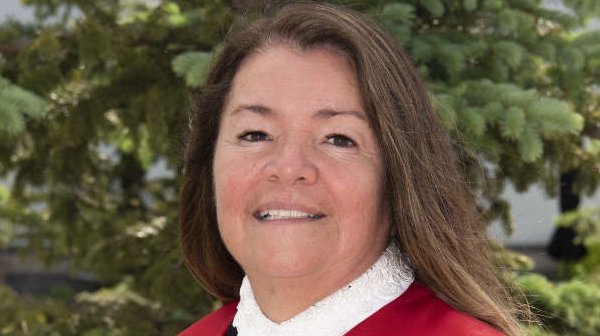 “I wanted to make a difference, to have my voice heard on judgements I write…I’m hoping that when people come into the courtroom and see an Indigenous judge, they don’t feel like an outsider.”

An Alexander First Nation judge has received one of Canada’s most prestigious Indigenous awards.

The Indspire Awards recognize outstanding and inspirational achievement by Indigenous Canadians in 12 categories.

Arcand-Kootenay won in the Law and Justice category.

Throughout her career, Cheryl Arcand-Kootenay has striven to ensure that the rights and interests of Indigenous peoples are protected and respected, being a voice for Indigenous children and families.

After graduating from the University of Alberta with a BA in political science and an LLB, she created her own law firm and began practicing in the areas of child welfare and Indigenous justice.

She was the first Cree woman from Treaty 6 Alberta to be appointed to the Provincial Court of Alberta in November 2018.

As a Provincial Court Judge, she presided over criminal, family and civil matters, and introduced healing circles in family law matters and judge-led case conferences in child protection matters

Justice Arcand-Kootenay was also the first Treaty person in Alberta to be appointed to the Court of Queen’s Bench in Alberta. In this new role, she continues to advocate for culturally respectful access to justice for Indigenous people and families.

“She has proven to many, especially Indigenous youths, that their voices, too, can be heard through hard work and perseverance: