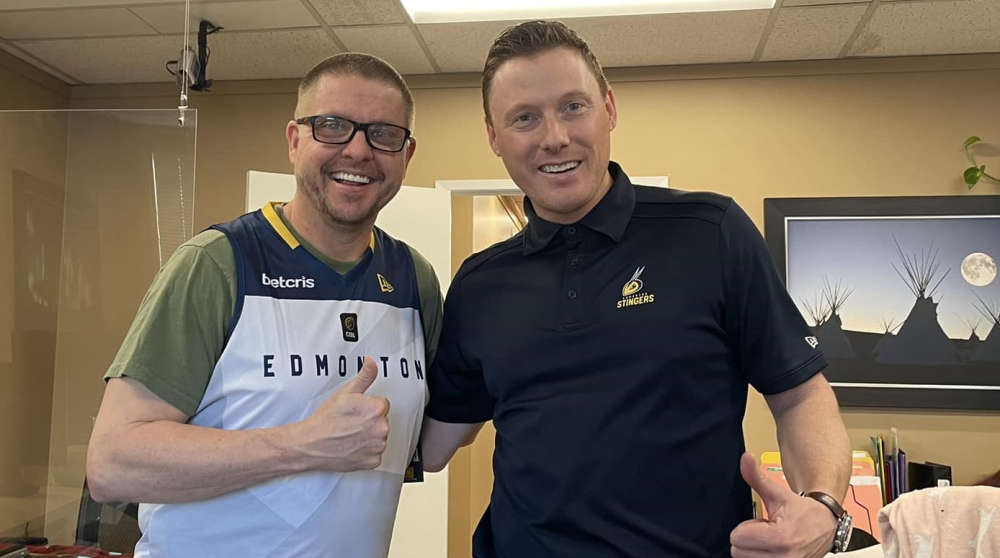 "I can't think of a better way to start the Stingers fifth season, and my first as head coach, than against our provincial rivals," said head coach Jordan Baker. "With back-to-back games to start the season, our players will have to come to Edmonton in shape and ready to work right away."

The Edmonton Stingers of the Canadian Elite Basketball League (CEBL) has announced its 2023 schedule.

The 20-game regular season schedule tips off with the Stingers squaring off against the newly-formed Calgary Surge in back-to-back games on May 27th and 28th, the first on the road at the WinSport Arena, then back in Edmonton for the home opener at the Edmonton Expo Centre's Flair Airlines Hangar.

This season will be Jordan Baker’s first season as bench-boss, supported by General Manager Steve Sir. Player signings are set to begin February 1st as the Stingers look to reload after failing to defend their back-to-back CEBL championships last season.

With two new expansion teams entering the CEBL, 2023 will see increased competition from coast-to-coast as the league hits the half-decade mark.

The Windspeaker Radio Network, home of CFWE North and 89.3 The Raven, are also in talks with the Stingers to broadcast a game in Cree this season.

More information on the Stingers Schedule can be found here