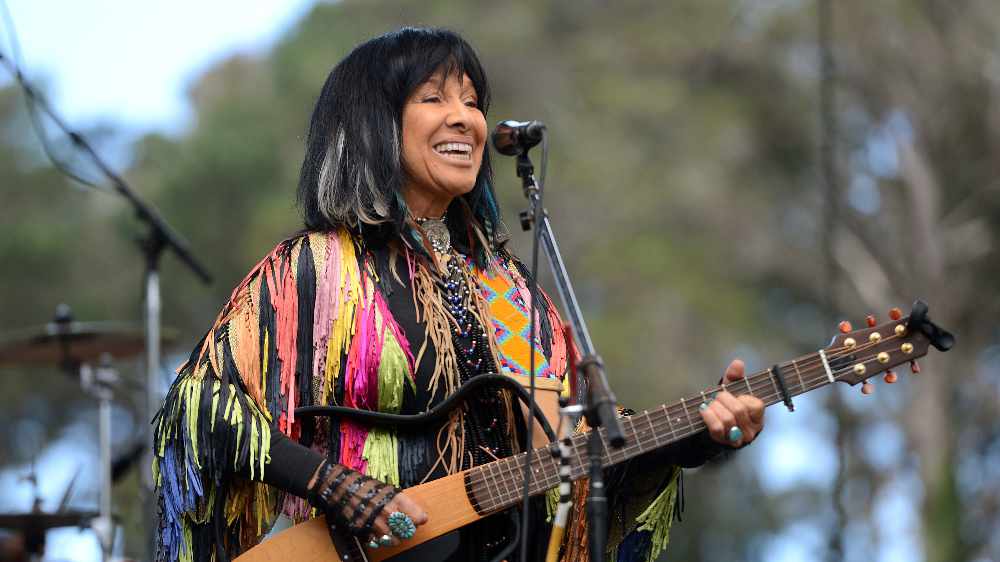 Buffy Sainte-Marie is an Indigenous Canadian-American singer-songwriter, musician, Oscar-winning composer, visual artist,[1] educator, pacifist, and social activist. Throughout her career in all of these areas, her work has focused on issues facing Indigenous peoples of the Americas. Her singing and writing repertoire also includes subjects of love, war, religion, and mysticism. She has won recognition, awards and honours for her music as well as her work in education and social activism.

In 1997, she founded the Cradleboard Teaching Project, an educational curriculum devoted to better understanding Native Americans.