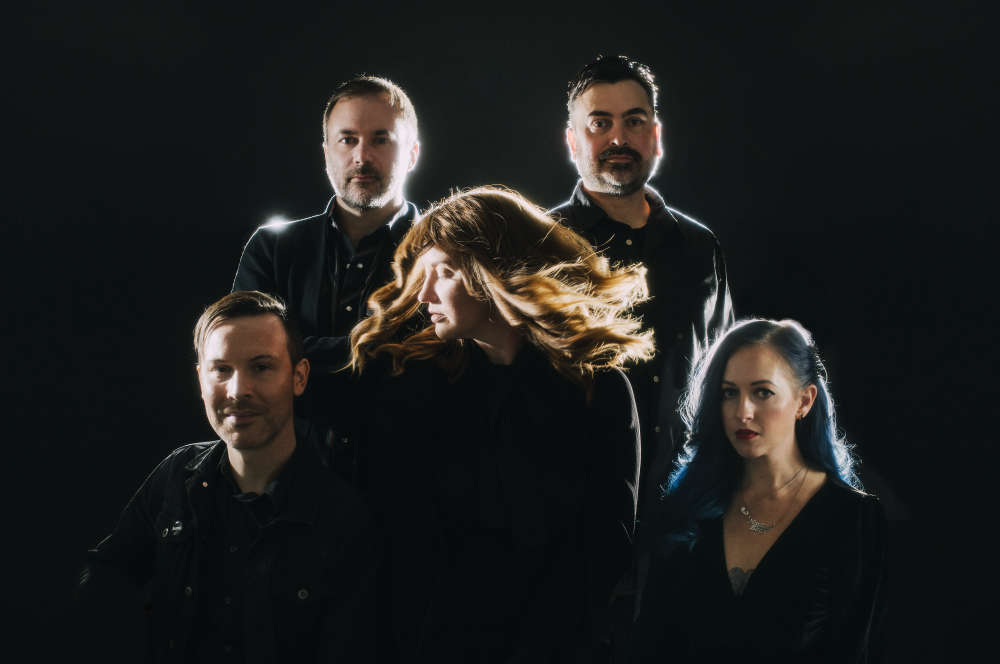 Self-Cut Bangs was started by couple Cayley O'Neill (Dark Time) and Shawn Petsche (Napalmpom) as an escapist home recording project during the pandemic. The project involved writing and recording one new song in a single day every Saturday, gesturing towards an alternate reality where loud amplifiers in packed clubs were still a thing. Following the surprise success of their debut self-titled album's release in late 2020, the band set to work on the follow-up with a new approach. Eschewing the escapist themes and time limited recording process of the first, the pair instead hunkered down during the pandemic and amassed a collection of over 200 musical ideas on their voice memos. Circle Around The Free represents the realization of the best of those ideas; a rock & roll record with a broader palette of influences (Flashing Lights, Sloan, ABBA, The Soundtrack Of Our Lives, Sweeping Promises, The Breeders, etc.) and a more personal and reflective reaction to the strangest of times and much personal change. A retro future rock & roll statement powered by a cotton candy jet engine. It was once again largely self-recorded, but expertly mixed and fleshed out by producer Lorrie Matheson (Art Bergmann, Rae Spoon, Ghostkeeper, etc.). Since recording the album, the band has grown to become a live-ready band by enlisting the talents of Joel Nye (Hot Little Rocket) on drums, and playing matchmaker for guitarist Dillon Whitfield (Astral Swans, Reuben & The Dark) and bassist Nicola Cavanagh (Cardiograms, Night Committee), putting them in rarified double-couple territory with the likes of Fleetwood Mac and ABBA.

The 3rd Winterruption YEG festival returns to it's regular January timeframe in 2023 with a stacked line-up of music,...