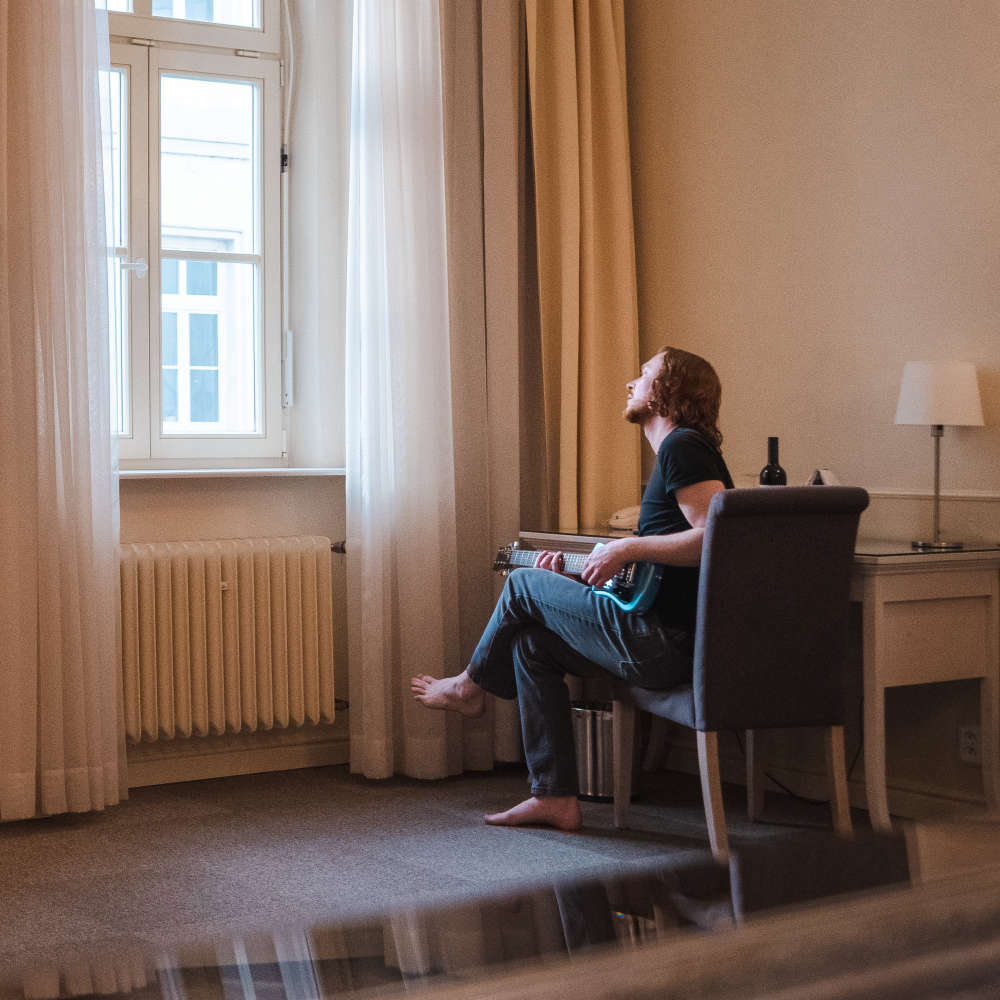 Fiercely devoted vocals and deeply reflective lyrics elevate the newly reimagined sound of lifelong artist and songwriter Jon Martin, as his exquisite new album ‘This Could Be Our Year’ reaches the scene.

The Canadian creative leads with undeniable presence amidst all things music. From songwriting to session playing as a multi-instrumentalist, alongside producing and mixing tracks for artists far and wide, Jon’s repertoire proves as extensive as his touring history.

Inspired and imparted by the turmoil of 2020, the new album is the result of previous musical commitments inevitably being brought to their knees. The global shutdown put the brakes on for Jon Martin and Lovers – an Americana / Alt Country act geared up to tour. So ensued the writing, practising, and recording of a freshly ignited set of ideas.

‘This Could Be Our Year’ encapsulates a period of immeasurable struggle. The collection delivers a snapshot of still life in motion, blending future nostalgia with the ache and uncertainty of tomorrow and inevitable change.

Boasting nine original songs, from the gentle rasp and sultry embrace of ‘Simple Things’, through the pop-rock brightness, poetry and grit of ‘Flying Away from the Mountain’, the project showcases a deeply moving, versatile and contemplative artist, at the peak of musical ability. However, all is not purely as it seems.

Following an unfortunate wrist injury in 2019, doctors advised a year’s hiatus from playing guitar. Looking for a new outlet for songwriting, Jon bought a old piano and taught himself how to play. The latest album was written entirely on the newly explored keys.

All manner of genres appear on the record, in humble dashes – from Brit-pop to Americana and all that falls in between. The songs emerge drenched in uncertainty, passion and possibility – reflecting on the pain, but ultimately drawing focus to the beauty and opportunity that lies ahead.

Far from a stranger to the stage, with music played on radio stations across Canada (including CBC Radio One), and live sets at national and international festivals – along with a multitude of bars – music psychology graduate Jon Martin brings unmissable soul and experience alike to the modern scene.

Consider the trembling dedication and string-soaked gospel warmth of an anthemic title-track, shining light on the thoughts and feelings that swamped us during difficulty. Fragments of heavier rock and even grunge also seep through amidst the likes of a mighty and energising ‘Lesson of the Heart’.

Deeply personal yet distinctly topical by nature, referencing the weight of relocation alongside that of vast global disquiet, ‘This Could Be Our Year’ combines fearless revelation with quickly infectious musicality. Brought to life by a plethora of musicians from around the world, Jon’s thoughtful compositions and ever-expressive vocals guide with unwavering presence.

This Could Be Our Year” was produced and mixed Jon Martin, with the exception of the first single, “Simple Things,” which was mixed by 8 x Grammy-award winning engineer Michael Brauer (Coldplay, My Morning Jacket, James Bay).

A post shared by Jon Martin And Lovers (@jonmartinandlovers)