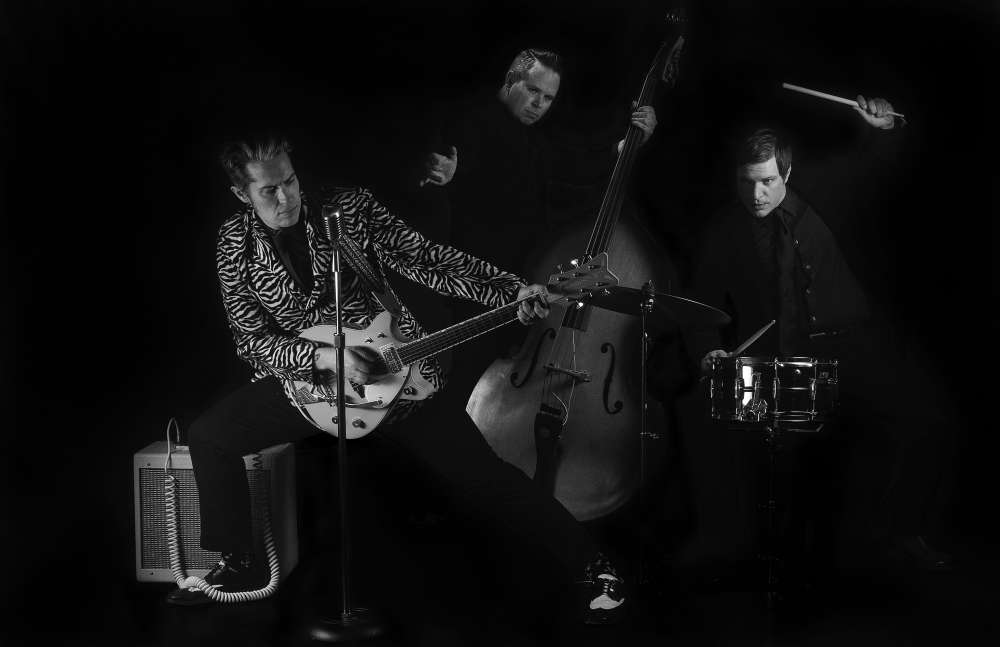 The Confusionaires are an Edmonton, AB-based rock & roll trio that touts themselves as a ‘rockabilly band‘ and although their ties to traditional rock & roll are strong, their music and delivery are a few steps away from the early recordings of Rock & Roll.

The Confusionaires have focused heavily on their live performances throughout Western Canada, and their impact has been assisted by their independently released debut album “Make A Little Mess” (June 2018), and the release of their sophomore album “From The Headache To The Heartache” (February 2020) which has garnered high praise in Alberta. With an energetic mixture of original music and renditions of classic songs, The Confusionaires have created a stir in the music community that has prompted them to set their sights higher, tour more, write more, and record more.

The consistently high-energy performances and musical precision that The Confusionaires deliver has created opportunities allowing them to open for numerous touring bands from Canada and The USA, opened the doors to prime placement in several festivals, and attracted the attention of all ages and walks of life.