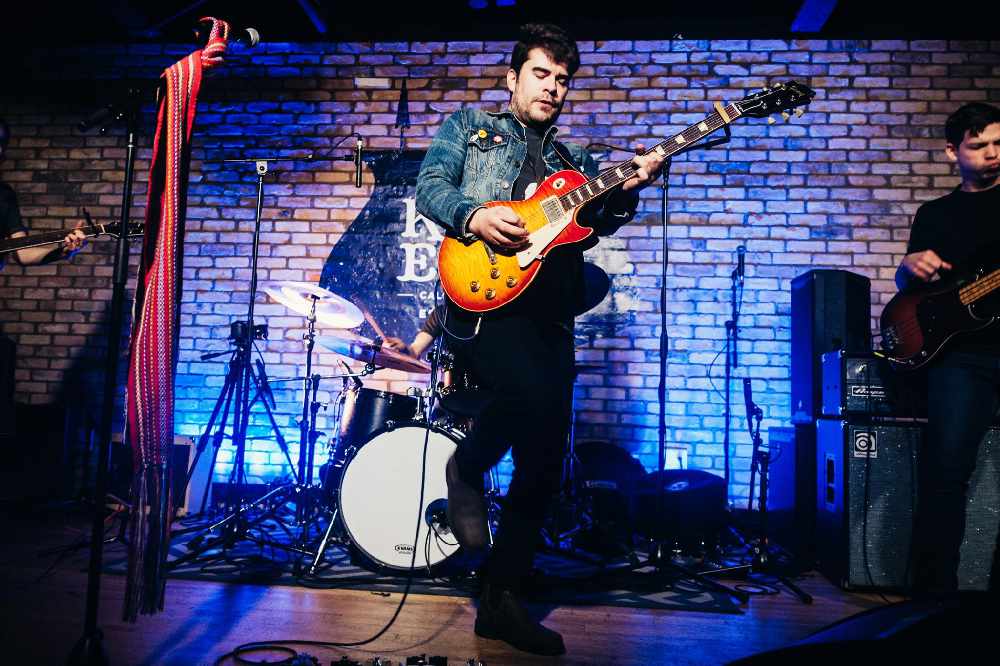 Electric Religious is the project of Edmonton-based Métis singer, songwriter, and guitarist, Brandon Baker, whose guitar-driven music has been described as “bursting with inspiration, insight, and hope.” His latest single, “Catherine,” reached #1 on Sirius XM’s Ch.165 chart, his song "Revolution" achieved a coveted spot in the CBC Searchlight Top 100 in 2019, and spent multiple weeks at #1 on the Indigenous Music Countdown. Electric Religious has songs in rotation on Sirius XM, Stingray’s Rock Alternative channel, Canadian Indigenous Peoples’ Radio, and on Indigenous terrestrial radio stations across North America. A virtuosic guitar player whose live performances are undeniably impressive, Baker has performed for audiences as large as 50,000 during the opening ceremonies for Red Bull Crashed Ice, which was broadcast to over 1.7 million viewers. Other accolades for Electric Religious include a “Métis Artist of the Year” at the 2021 Summer Solstice Indigenous Music Awards, an “Artist to Watch” nomination at the  Edmonton Music Awards (2015), and a nomination for Aboriginal Artist of the Year in Baker’s home province of Saskatchewan (2009).
What are your influences as an artist? *
Jimi Hendrix is my biggest inspiration. Not because my music sounds like his, but because of his creativity and his innovation on the music world. There is no one like him, for me!

Q and A with Rellik

How did you start playing music?

I started playing music because my little brother got a fiddle, and he needed someone to accompany him. It all started there. I've been playing the guitar for almost 25 years, and songwriting for the last 15 years. I've been a professional musician my entire adult life.

That there's no one like you. You are unique, and there are a lot of people who love you for who you are, so keep going. Become who you are meant to be, and the music will reflect that.