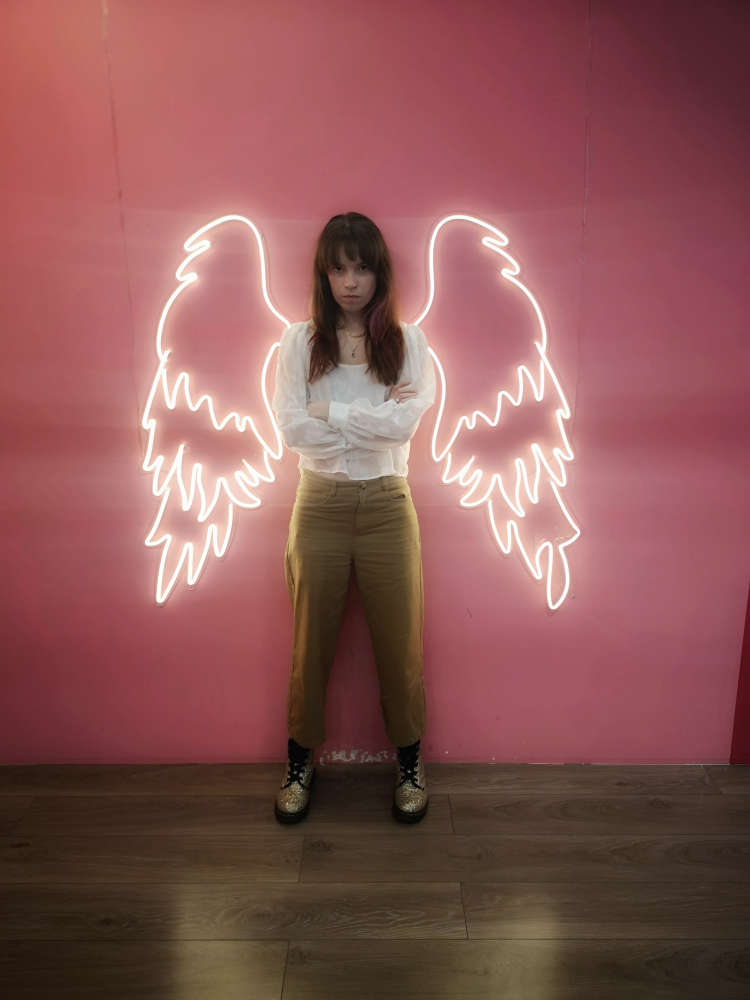 0Stella is nothing, if not committed.

The Edmonton-based alt-rock artist from Ireland made the bold decision to promote her new album, Freefall, with a solo cross-Canada tour… by bicycle. Determined to tour sustainably, the zero-waste advocate (thus the zero in her name) set off from Victoria, BC on April 20, Earth Day, with a tiny bike trailer, a travel-sized guitar, and the need to forge face-to-face connections with people after our long period of isolation.

By the time 0Stella completed her journey on October 1 in Halifax, NS, she’d cycled solo for more than 5,400 kms, and found common and deep connections with Canadians through her music and stories.

Freefall (October 2022) is the first album of a larger two-part concept album titled Pendulum State (due out in 2023). It describes the elation of the highs right before a plummet into endless questioning and struggling to find one's own voice. It tracks a journey through addiction recovery and sonically mimics the arc of a pendulum swinging back and forth.

Working remotely throughout 2021 with producer Devon Lougheed (Skye Wallace, Altered By Mom) from their respective studios in Toronto and Edmonton, 0Stella’s alt-rock roots were amplified as the two bonded over their shared love of the band Garbage.

Introducing traditional Irish instrumentation of fiddle and bodhrán (Irish drum), sometimes wrapping them in thick distortion, added new textures and grooves to the songs on Freefall. Despite the anguish explored on the record, the result is a high-energy and upbeat journey with a sound that sways ecstatically between Lana Del Ray and Paramore.

0Stella is the solo project of singer/songwriter Liz Pomeroy who has fronted rock bands in Ireland and Canada since she was a teenager. Freefall is her debut album out on Dead Doll Records on October 28th, 2022. Look for 0Stella reprising her bicycle tour in summer 2023 leading to the release of her second album, Pendulum State.

YEG fans! Make sure you snap up some early bird tickets for the album launch Fri 28th at Aviary Norwood with the...