"Ask Me Anything about Urban Indigenous Issues" with Chief Billy Morin 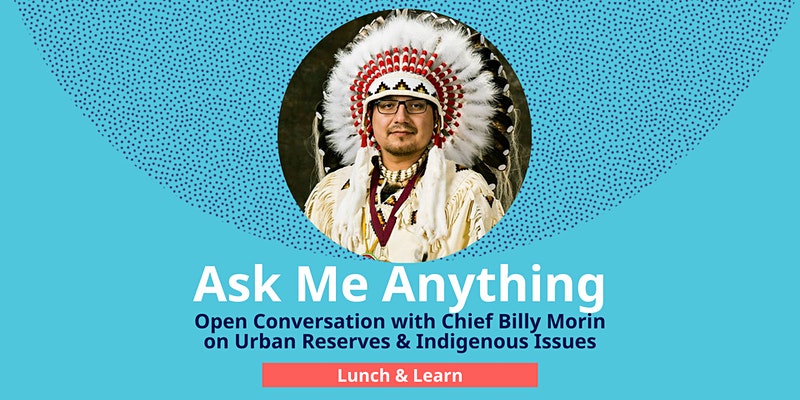 What's an urban reserve? How might my community benefit? Join Chief Billy Morin of Enoch Cree Nation to find out.

You likely haven't heard of urban reserves as Edmonton doesn't have any yet. But that's changing. And with more than 80,000 Indigenous people living in the city, the implications for everyone, including Community Leagues, are broad.

Join the Edmonton Federation of Community Leagues for a lunch and learn. Chief Morin has invited everyone to ask him anything when it comes to urban reserves and urban Indigenous issues in general.

In 2015, Chief Billy Morin was elected as the youngest Chief in the history of Enoch Cree Nation Maskekosihk at the age of 28. Now in his third term, his most important accomplishments include revitalizing Cree language and culture, prioritizing youth education and empowerment, and catalyzing Enoch’s exponential economic development to diversify the Nation’s businesses.

In 2020, Chief Morin was elected by the other 16 Chiefs of Treaty Six to represent them as Grand Chief of the Confederacy of Treaty Six First Nations for a one-year term.

* What is an urban reserve? Why is Enoch Cree Nation interested in developing them in Edmonton?

* What are the experiences of other Western Canadian cities with urban reserves?

* Questions and answer in an open forum with Chief Morin

More details for this venue

The event runs from 12:00pm to 1:00pm on the following dates.
Select a date to add this event to your calendar app.